Which iPhone 6 should I buy? 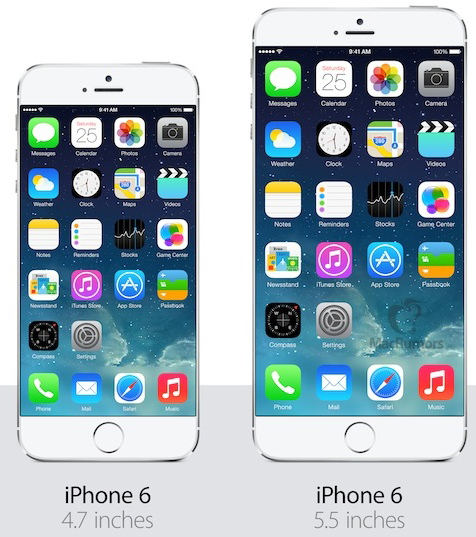 This question could possibly define the biggest first-world problem facing all iOS users eligible for a phone upgrade in 2014 – which iPhone 6 should I buy – the regular iPhone 6 or the super-sized iPhone 6 Plus?

Note: Before we get any further into this, if you’re a Google Android, Microsoft Windows Phone, or, god forbid, a Blackberry user, then you don’t want to read this review. Here’s a link to 10 hours of a happy flying cartoon cat with rainbows flying out of its butt to entertain you, instead. 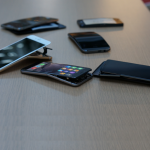 First, let’s talk about the elephant in the room – let’s talk bending

Basically, this is all a long way of saying those people who said their phones were bending had to really want it to bend.

irx, LLC Public Service Announcement: don’t keep your phone in your back pocket where you could sit on it. Otherwise, you should be just fine.

The pros of the Plus:

Which one did I buy, why, and what do I think of it? 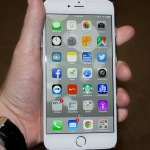 The iPhone 6 Plus will fill up even the biggest hands.

I bought the iPhone 6 Plus. Yes, the bigger one.

Ever since I started using cell phones way back in 2000, I always bought the phone with the longer battery life. It didn’t matter if the phone looked like a little Tonka truck and was uglier than sin, battery life determined my purchase. For a comparison, my last phone before I bought the original iPhone in 2007 was a wonderful Sony Ericsson W810i which I only needed to charge once a week. Once a week. Thanks to the advent of smartphones, the days of not charging your phone every night are long gone. Because of my obsession with battery life, my decision was pretty much made for me (check out the battery comparison in the Pros and Cons below).

What do I think?

Summary – which one should you get?

Alright, let’s get right to it – most people (including me) should buy the regular iPhone 6.

Right now, I’m stuck in the worst love-hate relationship I’ve ever experienced with my Plus – I love the size of the screen while I’m using it and the longer battery life, but when I’m not using it, it’s so ungainly, so unmanageable, it’s just a giant pain to try to figure out where to put it. I always know I have it on me because it’s just that big – it’s like a delivery pizza box in your pocket. However, if you don’t keep your phone in your pocket, you should consider the Plus – the bigger screen and battery life are nice, it’s just storage that is this phone’s Achilles Heel.

If you want your phone to be reasonably phone-sized and not some weird tablet/phone demon giant combination, get the regular 6. The iPhone 6 is an excellent phone with a better, bigger screen than its predecessor (4.7” versus the 4” screen of the 5S and 5), and the regular 6 has the same processors and majority of the same features as the 6 Plus. Sure, you give up battery life and the motor-stabilized camera, but I’m betting that Apple will introduce the landscape mode of the apps to many of their phones by the release of iOS 9, so that “killer” feature of the Plus will soon be available to the masses.

If you’re in the market, my best recommendation is to get yourself to an Apple Store or some electronics store that has demos of these phones and hold them for yourselves. In the meantime, use this handy-dandy iPhone 6 cutout to see how they feel in your hands (they’re actually dead-on accurate). Just download it, print it, and cut them out: 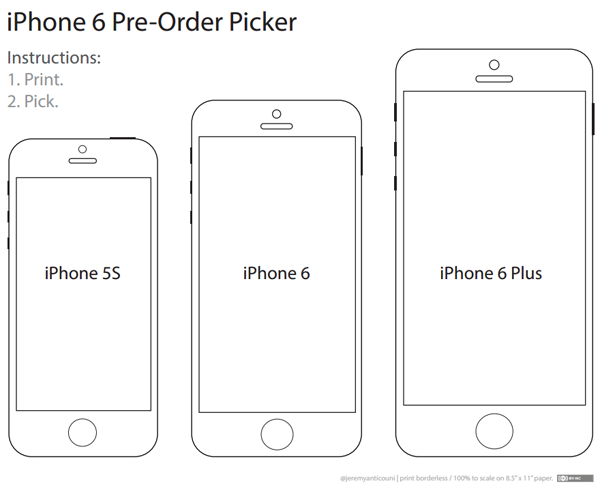 I always like hearing other opinions. If you disagree (or agree) with my iPhone 6 Plus review, feel free to leave your comments below. Remember, keep it clean and polite or your comment will never see the light of day. [insert maniacal “mwa-ha-ha” laughter here]