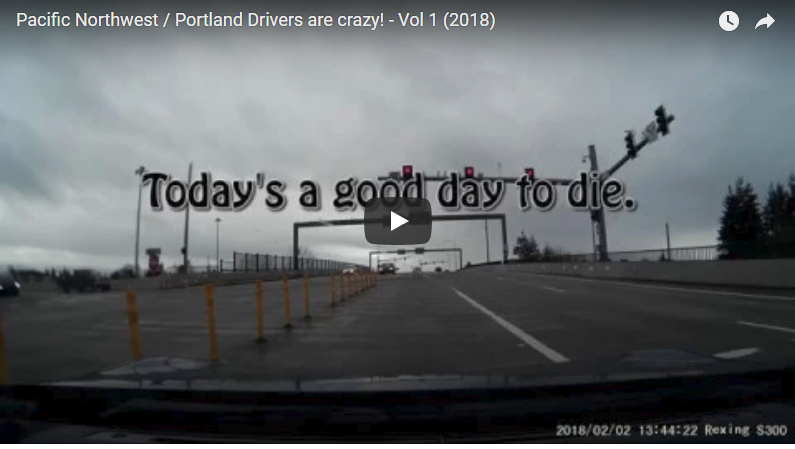 I’ve lived in seven states and two countries, and I’ve determined there’s one consistent thread of humanity that ties us all together – we’re all nuts behind the controls of a four-wheeled death machine!

After discovering I’m a magnet for crazy, my wife inspired me to buy a dashcam despite my not being a crazed Russian suffering from the radiation-poisoning of Chernobyl. After a year of using it, I decided to stitch together a highlight reel for your viewing amusement:

If you have any interest in picking up a Dashcam for yourself, allow me to highly recommend the Rexing V1 3rd Generation 4K Dashcam, the much better-version of the one I used to make the video (which is pretty damn good, if I do say myself!).