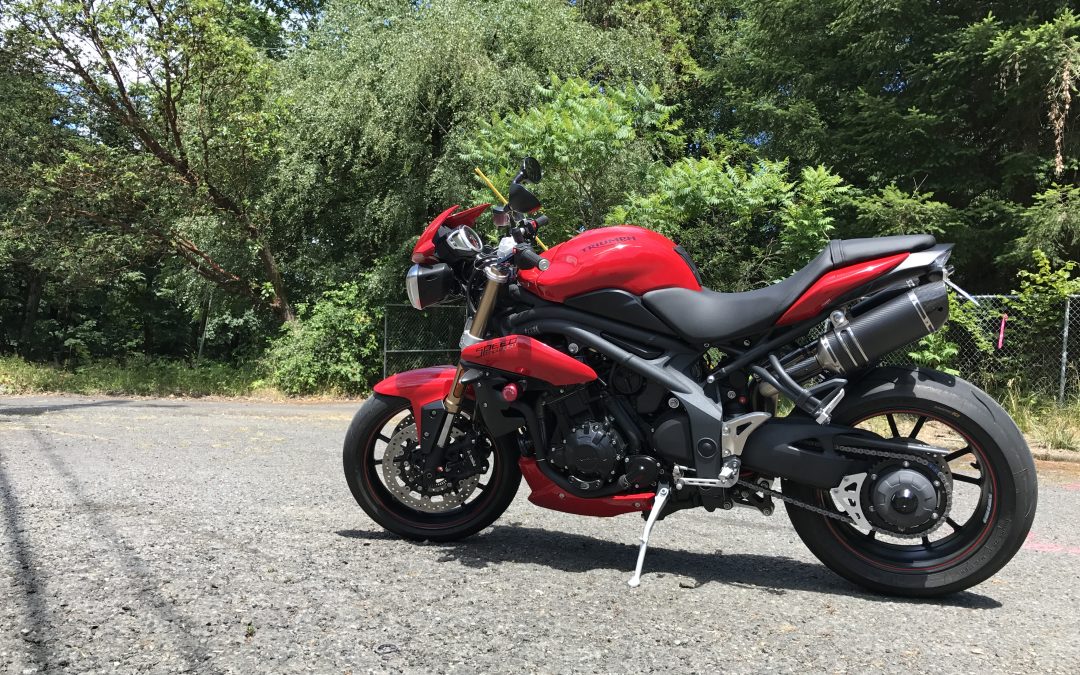 The motorcycle and automotive world are constantly introducing new technologies. Many of these are welcome features such as ABS brakes, traction control, and smarter computers. Unfortunately, with these new technologies come new complications. Enter: the Triumph service indicator light/icon – a small wrench (or “spanner,” for my British brothers) icon appears on your bike’s dashboard at certain intervals (500 miles, 6,000 miles, etc.) letting you know your bike needs service.

Useful, right? Well, yes and no. If you take your motorcycle into a Triumph dealer for service, the interval icon is helpful. If you’re like me and do your own motorcycle maintenance, the indicator doesn’t go away after completing service – an annoying little reminder that sits on your dash until the end of time or until you can go to the Triumph dealer to have them clear it.

Unfortunately, there’s no way to manually clear the indicator light using a combination of key presses like many cars can – you actually have to clear it from the ECU! I’ve heard stories about Triumph dealers refusing to clear service indicator icons if they didn’t perform the service, or, if they do agree to clear it, they have charged $80 or more! Insane!

You CAN do it yourself! We have the technology!

After buying a 2015 Triumph Speed Triple, I set about doing the research to figure out how to clear the icon myself since I do a lot of my own work. I’m ecstatic to say that I’ve found a way! Of course, it’s not free, but it’s a heck of a lot cheaper than $80 (I spent less than $35) plus you can do it over and over again.

If you have an Android mobile device (tablet or phone), you, too, can clear your service icon. Unfortunately, I haven’t found any iOS solutions (a pain since I’m a diehard Apple iPhone user), however I did happen to have an Android Nexus tablet lying around so I began my investigation.

Just follow these steps to reset your service indicator:

I hope this article helps out! I know I spent hours going down rabbit holes without finding a solution so when I finally found one that worked, I figured I’d put it online.

Good luck and let me know if you have suggestions for how I can improve the post!